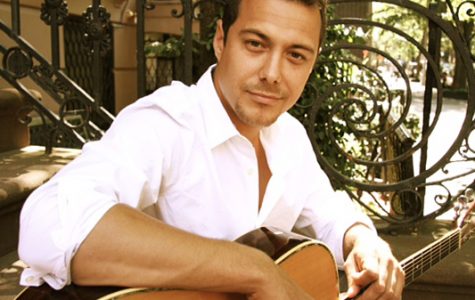 Derek Reese was born into a family of musicians in Brooklyn, New York. Derek’s father, Kevin Reese, was best known as the guitarist for The Magic Tramps, a pioneering glam-rock band. His uncle, Anthony “Ace” Pergamo, was a professional drummer and started Derek on drum lessons at the ripe age of three.

With nature and nurture on his side, Derek’s talents were obvious from the beginning. At 4 years old, Derek’s mother had enrolled him in private lessons for both drums and classical piano.

Derek has been performing music professionally since the age of 8, when he recorded his first single “Big Boy”. See a young Derek on the drums in the video. Soon after Derek was playing NYC’s most famous clubs including the Limelight, A7, The Palladium and CBGB’s.

Building on his early success and studio work, Derek next set out to compose and produce. The results of Derek’s inspiration and perspiration is his first album. Derek played all the instruments and also recorded and engineered every track. This self titled CD, “Derek Reese”, is a truly a labor of love.

Derek’s influences extend from Rock n’ Roll legends like Jimi Hendrix and Eddie Van Halen to R&B vocalists such as Stevie Wonder and Marvin Gaye. Derek also has an appreciation for Hip-Hop, and is endeared to local NYC giants RUN-DMC, Biz Markie and Big Daddy Kane.

Derek is very thankful to his grandmother, who brought Derek down to her basement in his teens and introduced him to the euphonious sounds of Art Tatum, Dizzy Gillespie and Ella Fitzgerald.

Derek is a member of The American Society of Composers, Authors and Publishers (ASCAP).