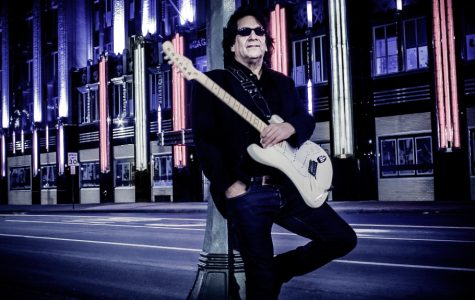 At age 8 while living on the Onondaga Nation, Irv Lyons Jr. was handed a guitar. He was a lefty and his mom said, “If you’re going to learn to play it is going to have to be on this.” Playing flipped around and upside down has proven to be a metaphor for his life.

This Oneida Nation Native is a major contributor of original material for his other band The Ripcords including straight ahead blues, instrumentals, Latin, and roots rockers. With this group he’s graced the stage with such talents as Santana, Steve Miller, Blues Traveler, Ry Cooder, Rick Derringer, Phish, John Lee Hooker, Edgar Winter, Leon Russell, Kim Simmonds, Terrance Simien, Gene Taylor, Bill Kirchen, Dickie Betts and Chip and Earl Slick. Irv won a SAMMY with The Ripcords for Best Americana CD in 2010. Has a NAMMY nomination with the same group in 2014 and was nominated for a SAMMY as a solo artist in 2017. (Photo Credit: Christopher Molloy)