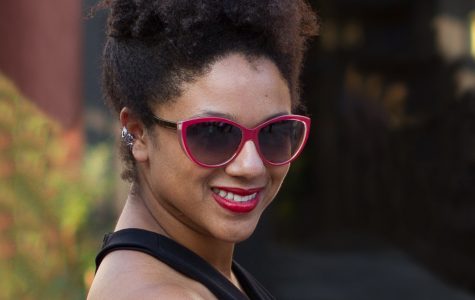 Devon McLeod is a business minded, Marketing & Consulting Industry focused executive in training who holds a Bachelor of Science in Business from New York University Stern School of Business. Devon was a Martin Luther King Jr. Scholar at NYU, President’s Service Award Winner, and John Stevenson Leadership and Community Building Award Winner. Currently Ms. McLeod is a Senior Associate at the New York Institute of Dance & Education Inc, the New York Dance Festival, and Reaching For Higher Ground Consulting. She also holds a position in the Development and Capital Campaign Offices at the New York City Ballet. She worked as a Production Assistant at Once the Musical on Broadway and is the Community Outreach Chair of the Kaleidoscope Dance Theatre Board of Directors, a 501c3 non-profit organization. Devon is the NYC Rehearsal Director and a First Company Soloist for the Kaleidoscope Dance Theatre/Sean McLeod Dance Experience. Over the past several years Devon has acquired multiple levels of certification in McLeod Technique Modern, Reinforced Motor Function and MT Apparatus, and has travelled extensively internationally and in the US teaching and assisting in Workshops, Master Classes, and Teacher Certifications.

While completing her BS in Business at the NYU Stern School of Business she earned over $150,000 in Scholarship support. At NYU she worked in the NYU Stern Undergraduate Office of Student Engagement, was a Stern Undergraduate Orientation Leader and Cohort Leadership Program Guide, and was appointed Social Media Director of the Stern Street Team. Devon was also the Vice Chair of the NYU 1831 Fund, helping lead the fund from 20% senior class participation rate to 50% in just one year. She was invited by Dean Peter Henry to join the Stern School of Business Diversity and Inclusion Task Force that includes Stern Undergraduate and Graduate Deans, professors, and students to address the Schools forward thinking on Inclusion and Equity. She was also Co-Chair of the Stern Student Council Student Advocacy Committee.

In 2009, Devon traveled with the Sean McLeod Dance Experience to England where she performed in “Roarin’ the 20’s” at the Haymarket Theatre, her international dance debut! Ms. McLeod subsequently traveled and performed with the company nationally to Wilmington, Delaware’s Grand Theater and New York City’s famed Symphony Space. In 2012, she toured to Winnipeg, MB for the Moving Inspirations Festival where they worked with Casimiro Nhussi, artistic director of NaFro Dance Productions, Zab Maboungou, founder of Compagnie Danse Nyata Nyata and Kevin A. Ormsby, Artistic Director of KasheDance and performed at the Gas Station Arts Centre. In 2014, she was named the New York City Rehearsal Director for Kaleidoscope Dance Theatre and has since performed at Alvin Ailey’s Joan Weill Center for Dance and toured to Germany and Italy. More recently Devon has traveled to Israel with NYU’s MLK Scholars, spent a five-month tour studying and working in Prague, Czech Republic, and has traveled to Greece, Vietnam, Cuba, and more.